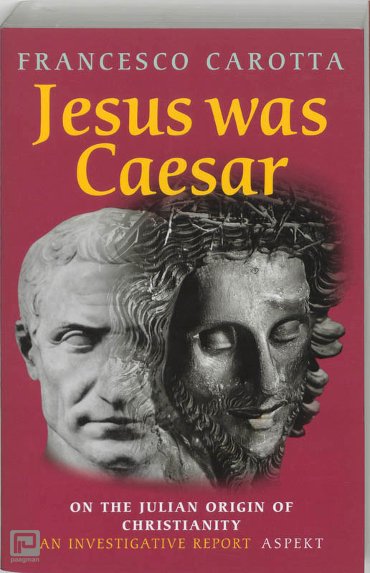 on the Julian origin of Christianity
The question is: Is Jesus Divus Julius? (Is Jesus the historical figure of Divus Julius, the god to which Julius Caesar was elevated?). The iconography of Caesar do not fit our idea of him. In our minds Caesar is a field marshall and a dictator. However, authentic images portray the idea of the clementia Caesaris, a clement Caesar. Jesus' life is congruent to the life of Caesar. Both Julius Caesar and Jesus began their careers in northern countries: Caesar in Gaul, Jesus in Galilee; both cross a fatal river: the Rubicon and the Jordan; both then enter cities; Corfinium and Cafarnaum; Caesar finds Corfinium occupied by a man of Pompey and besieges him, while Jesus finds a man possessed by an impure spirit. There is similarity in structure as well as in place names. People in the stories of Caesar and of Jesus are structurally the same people, even by name and location. Caesar's most famous quotations are found in the gospels in structurally significant places.