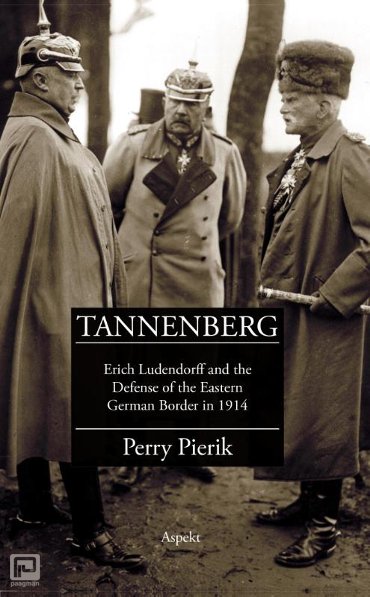 Tannenberg; looking back, this town and battle symbolise an atypical
episode in the First World War: the war of movement. In reality the
war quickly turned into a trench war, such as we knew it in the West.
With the battle at Tannenberg and the ones that followed, which all had
a quite positive outcome for Germany, Ludendorff had left his mark.
is untimately brought the duo Von Hindenburg - Ludendorff to the
absolute military top of Germany. As from 1917 they, together with the
emperor, dictated the course of the war. Ludendorff left such a heavy mark
on everything that people also referred to it as 'Ludendor 's dictatorship'.
Not only did he interfere in military matters, but also in politics, the war
economy, propaganda, and he played a decisive role in major war decisions
in other areas, such as diplomacy and the submarine war. In the end the
war became identified with Ludendorff , who had to step aside when the
unavoidable defeat came in 1918.
is was a bitter disappointment for Ludendorff . He never got over it and
it was the beginning of his alienation from imperial Germany, in which he
had grown up, and the start of his political career, which was soon to be
marked by the 'Dolchstosslegende'. His role in the early Hitler movement
and his participation in the Hitler-Putsch in 1923 have coloured the view
on Ludendorff 's character. Because of this we have lost touch with the curious
history of Tannenberg and the battles that followed until the winter
of 1915, which were of great historical signi cance. ese battles weren't
decisive. they didn't bring victory to Germany. e victory at Tanneberg
did, however, save East Prussia from a Russian invasion in 1914. When at
the end of the Second World War the Russian Army approached the battle
memorial, German engineers blew it up.
With this short monograph the author has tried to reproduce the history
of the battle at Tannenberg. Almost 70 years after Ludendorff passed
away and almost 90 years after the battle, it will help us to remember the
difficult genesis of Europe as we know it now.