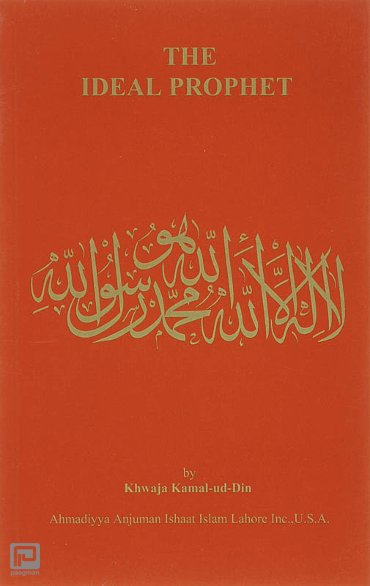 Aspects of the Life and Qualities of the Holy Prophet Muhammad
About the book
The Ideal Prophet deals with aspects of the life, character and qualities of the Holy Prophet Muhammad. It refutes biassed Christian criticism of the Holy Prophet, and shows how he fulfills the criteria for the Ideal Prophet. The book proves him to be the ideal model for human beings, especially for modern man.
First published in 1925, it was written for a Western audience and issued from England. The present U.S.A. edition has been entirely re-typeset, with clearer formatting, to improve the print quality.
About the author
Khwaja Kamal-ud-Din (d. 1932) was a pioneer Muslim missionary to the West who established the famous Woking Muslim Mission in 1913 at the Woking Mosque in England, which operated for over fifty years. In the same year, he also started the renowned journal The Islamic Review from England. This Mission achieved tremendous success in correcting the false picture of Islam prevailing in Western countries, and gained a large number of British and other converts to Islam, the most famous convert being Lord Headley (d. 1935).
Born in India in 1870, Khwaja Kamal-ud-Din qualified as a lawyer and advocate in the 1890s. Due to the intense Christian missionary acti¬vity among Muslims, the Khwaja was about to convert to Christianity in his student days when he came across the book Barahin Ahmadiyya, written in support of Islam by Hazrat Mirza Ghulam Ahmad, the Mujaddid of the time and the Promised Messiah. This book opened his eyes to the truth of Islam and he joined the Ahmadiyya Movement. becoming one of its most prominent members and a close associate of the Founder. Later on, under Hazrat Mirza's inspiration and influence, he abandoned his legal practice to become a Muslim missionary.
Besides his work in England, the Khwaja also toured other countries in Europe, Africa and Asia during the 1920s to present the message of Islam. His public lectures were highly renowned. He also wrote several books on Islam, Christianity and comparative religion, many of which are now being re-printed by the Ahmadiyya Anjuman lsha'at Islam