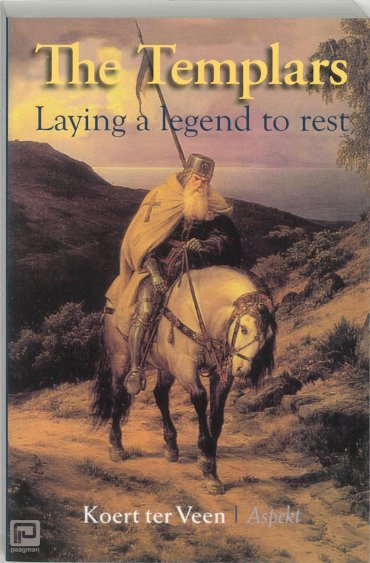 laying a legent to rest
There is scarcely an historical subject which arouses the fantasy as much as the history of the secretive Order of the Temple. Although it has been disbanded for nearly 700 years, books continue to appear about these religious knights. In these books it is claimed that the Templars uncovered the grave of Jesus, that they were the discoverers of America and the guardians of the Turin Shroud or that they found the Holy Grail. There are also critical writings about the Templars. They were supposed to be drunkards and devil worshipers. Koert ter Veen decided it was time that the truth behind the sagas and myths was studied and told. In this impressive, elaborate and richly illustrated book, he tells the factual tragic history of the Order. At the beginning of the fourteenth century, the French King Philip IV, due to shortage of money, ensured the misbegotten name of the Templars. The King wanted to possess the supposed riches of the Templars by discrediting and destroying them. The position of the monk-soldiers was weakened by their lack of success against the Islamic forces during the Crusades. The Order was destroyed, but its undeserved bad reputation lingers on. This informative and interesting book will entertain a large readership, from scholar to layman.