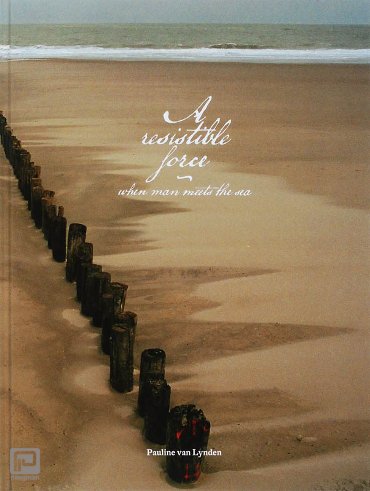 When Man Meets the Sea
Long lines of black palisades mark the south-western beaches of the Netherlands. Rediscovering the wooden breakwaters she had known since childhood, Pauline van Lynden began by drawing and photographing them and ended up exploring ‘what happens when an irresistible force meets an immovable object’ and a culture marked by its relationship to the sea. Gathering a wealth of documents from private and public collections, and illustrating these with her own artwork, Van Lynden tells a personal story of discovery through the history of an ancient system of coastal protection and its role in both our cultural heritage and our increasing concern to find a balance between man and the sea.
Winner Zeeuwse Boekenprijs 2008.
Pauline van Lynden was born in Paris. She lives and works in the Netherlands. Her first book, Rajasthan, was published in four languages. In 2018 Visual Legacy published Living Iron, co-authored with Vanessa Everts.
The Dutch version of this book, DONKERE PALISSADEN, is now out of print.