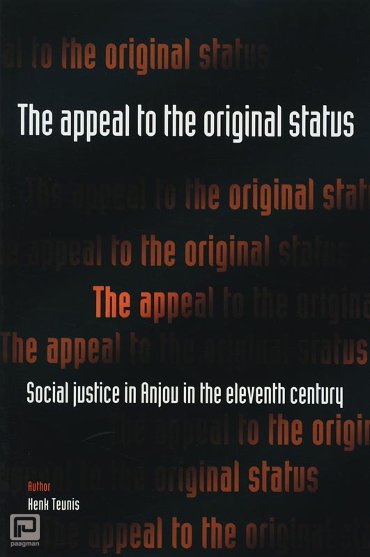 social justice in Anjou in the eleventh century
More than ever, justice and its administration is that which holds our society together. But justice is not merely what is contained in rules and regulations, as Henk Teunis shows in his book on disputes and their settlements in eleventh-century Anjou.
By studying a large number of records and their colourful narratives with the help of anthropological concepts Teunis succeeds in reconstructing the basic notion of justice of the period. Before Montesquieu (1748) formulated the division into legislative, executive and judicial branches, people in the eleventh century had an unquestioned procedure for justice of their own, one that served as a bedrock or foundation. Putting the procedure into practice was a complicated affair, as it still is today. It had to be ingrained in the mindset of both the clergy and lay persons - it had to be taken for granted.
Middeleeuwse Studies en Bronnen XCI