The Cost of Sugar 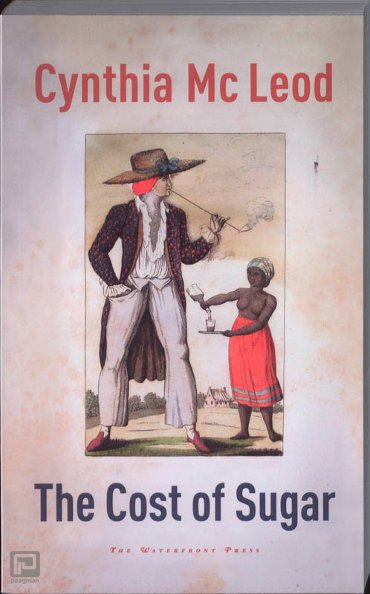 The Cost of Sugar is the successful debut of Suriname's most celbrated historical novelist. Cynthia Mc Leod, published 25 years ago in 1987, the novel was an instant bestseller in Suriname for VACO Press, and also in the Netherlands in 1995 for uitgeveri Conserve.
Over 100.000 copies were sold totally. The book was also published in Germany, in hard cover by Langen-Müller and pocket edition by Fischer.
In an engrossing historical account, Cynthia Mc Leod takes her readers back to the 18th century (between 1765-1779 to be precise), recapping the intriguing history of those rabid times through the eyes of two Jewish step sisters, Elza and Sarith, descendants of the settlers of 'new Jerualem of the River', known today as Jodensavanne, the oldest Jewish settlement in Surinam, which boasts the first synagogue in the Westerh Hemisphere.
The Cost of Sugar is a frank exposé of life in the Dutch slave colony when sugar ruled as kind - and the tragic toll it took on the lives of colonists and slaves alike. Translator is Gerald Mettam.
Cynthia Mc Leod (1936, Paramariblo) was decorated Dame in the Honorary Order of the Golden Palm in 1988 by the president of Surinam. She is the widow of the late ambassador Donald Mc Leod and daughter of dr. Johan Ferrier, the last governor and first president of Surinam.
The Detiger in
De Telegraaf: 'De geschiedenis van de slavernij in Suriname - 'An invaluable story.'