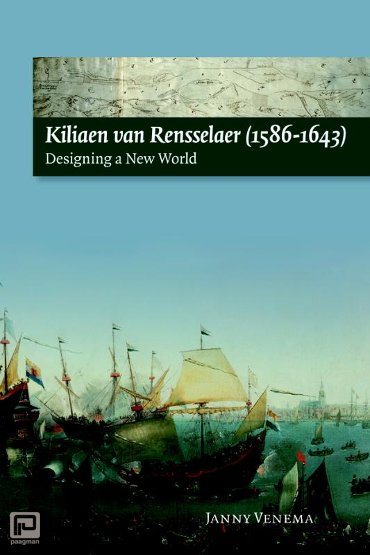 designing a New World
Around 1600 the Republic of the Seven United Netherlands was in the middle of a war with Spain that would last for eighty years (1568-1648). Thousands of immigrants came to Amsterdam and greatly influenced the development of the Republic. Kiliaen van Rensselaer was among them. Growing up in a small eastern town on the war front he became part of the culture of this rapidly developing city, where he was trained as a jeweler and merchant by wealthy relatives. He would work together within this family network, for the rest of his life. Discussing the time in which he lived and his surroundings, the rapidly expanding city of Amsterdam, the great trading companies, the jewelry business and the people in his network this biographical study explores Van Rensselaers motivation and his ways to develop his ideas for establishing a North-American colony.