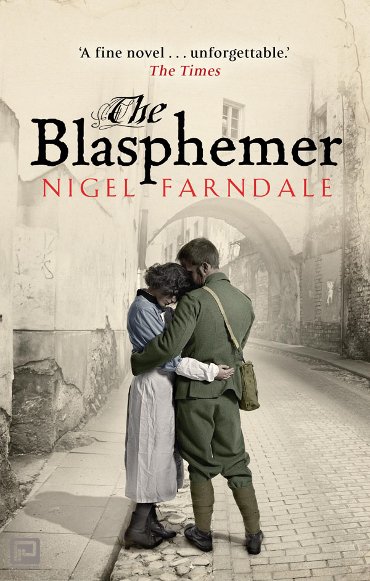 Back in London, the atheistic Daniel is wrestling with something his ‘cold philosophy’ cannot explain — something unearthly he thought he saw while swimming for help in the Pacific.

On its way to the Galápagos Islands, a light aircraft ditches into the sea. As the water floods through the cabin, zoologist Daniel Kennedy faces an impossible choice — should he save himself, or Nancy, the woman he loves?

In a parallel narrative, it is 1917 and Daniel’s great grandfather Andrew is preparing to go over the top at Passchendaele. He, too, will have his courage tested, and must live with the moral consequences of his actions.

But before he can make sense of it, the past must collapse into the present, and both he and Andrew must prove themselves capable of altruism, and deserving of forgiveness.

The Blasphemer is a story about conditional love, cowardice and the possibility of redemption — and what happens to a man of science when forced to question his certainties. It is a novel of rare depth, empathy and ambition that sweeps from the trenches of the First World War to the terrorist-besieged streets of London today: a novel that will speak to the head as well as the heart of any reader.