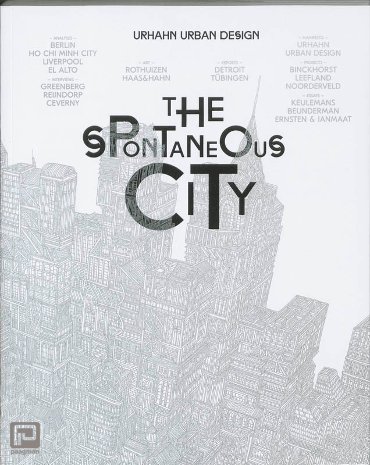 This book presents the concept of the Spontaneous City as an alternative direction of design thinking and urban planning opposed to traditional rigid city planning. The era of large-scale urban planning is over.
With the book The Spontaneous City, Urhahn Urban Design heralds another practice. Small-scale 'make-ability' combined with Dutch entrepreneurial skill, that is the basic principle. That is why the authors of this book argue in favor of local resourcefulness, flexibility and openness In short, they argue for the Spontaneous City.

The Spontaneous City is never finished, is about the user and is the result of supply and demand.

The book draws from the work and experience of Gert Urhahn who works as an urban designer and architect in the city of Amsterdam but also includes work and think pieces by other writers and architects.