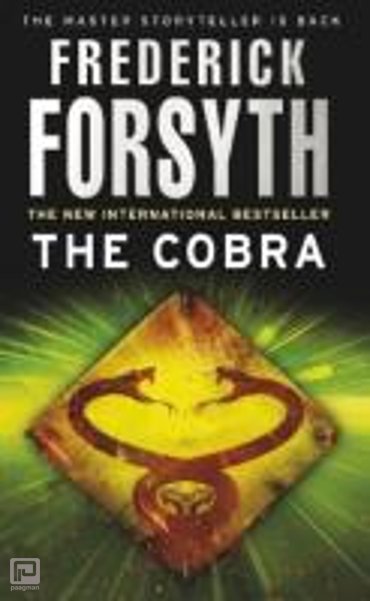 The Cobra
The Cobra
Frederick Forsyth

The stunning new thriller from the grandmaster of international intrigue. One man, Paul Devereaux, intellectual, dedicated, utterly ruthless and ex-CIA special ops, is given what seems like an impossible task. At his disposal, anything he wants - men, resources, money. He will not stop until he has completed his mission. Up to now the drug trade has been used to world governments attempting to prevent them plying their trade. But up to now, those governments have played by the rules. That is about to change and a dirty war is about to get a whole lot dirtier.