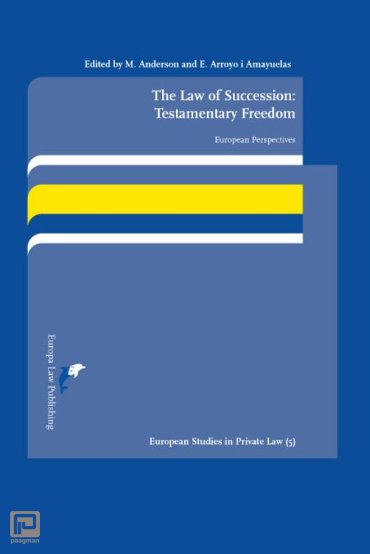 European Perspectives
The Law of Succession, which has been traditionally confined to domestic limits, is becoming a frequent topic of discussion in international forums, due to the increasing mobility of people and assets. Freedom of testation is in the centre of all initiatives tending to harmonize or at least approximate legislations in this field, even if, to date, efforts in this direction have focused on international private law. In April 2010, an international conference was held in Barcelona, where the scope of freedom of testation was checked against the limitations imposed by human rights, by domestic rules granting forced shares and other rights to the deceased's next of kin, and by provisions dealing with inheritance agreements. The conference stemmed from the new Catalan legislation and proceeded to cover other national systems. These reports, together with other contributions by experts from different countries commissioned specially for this publication, address, as well as Continental domestic regulations, the English common law system and Eastern European solutions. A general overview on the need and opportunity of convergence in the law of succession and on the proposed EU Regulation on Successions and Wills, as an initial move towards harmonization, are broached from the outset; the diversity of solutions that this volume presents confirms its convenience.