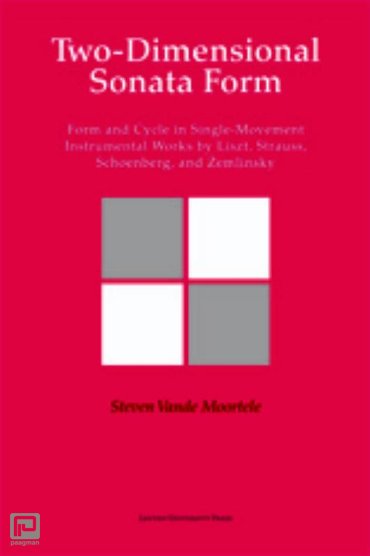 form and Cycle in Single-Movement Instrumental Works by Liszt, Strauss, Schoenberg, and Zemlinsky
Two-Dimensional Sonata Form is the first book dedicated to the combination of the movements of a multimovement sonata cycle with an overarching single-movement form that is itself organized as a sonata form.
Drawing on a variety of historical and recent approaches to musical form (e.g., Marxian and Schoenbergian Formenlehre, Caplins theory of formal functions, and Hepokoski and Darcys Sonata Theory), it begins by developing an original theoretical framework for the analysis of this type of form that is so characteristic of the later nineteenth and early twentieth century.
It then offers an in-depth examination of nine exemplary works by four Central European composers: the Piano Sonata in B minor and the symphonic poems Tasso and Die Ideale by Franz Liszt, Richard Strausss tone poems Don Juan and Ein Heldenleben, the symphonic poem Pelleas und Melisande, the First String Quartet and the First Chamber Symphony by Arnold Schoenberg, and Alexander Zemlinskys Second String Quartet.