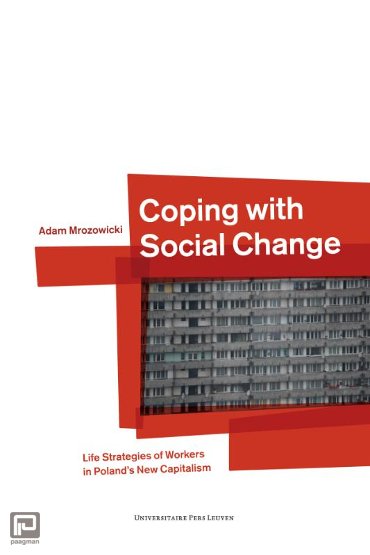 life strategies of workers in Poland's new capitalism
The concerns of the people, whose experiences are explored in this book, rarely make it through to the academic discourse and political praxis in Central and Eastern Europe. In the public discourse and in many sociological accounts, manual workers tend to be represented as disoriented victims of post-socialist transformation. But how can such an approach explain the diversity of the actual ways of coping with social change adopted by workers in the new capitalist reality?
To address this question the author turns to workers themselves, to their life strategies and personal experiences. He reconstructs the processes of adapting to and resisting structural changes in working-class milieus in one of the industrial regions of Poland (Silesia). Through this in-depth analysis of 166 personal interviews with blue-collar workers, Mrozowicki reaches general conclusions. The workers rarely resemble the passive puppets of historical forces. Their ability to reflect upon their lives, upon their deeply-ingrained moral ethos, and upon their social circumstances emerge as the foundation of their efforts to overcome socially imposed limitations.
Exploring the life strategies of the socially disadvantaged, this book is of interest not only to those interested in post-socialism and working class theory, but also to anybody inclined to think critically about workers' empowerment in late capitalist societies.