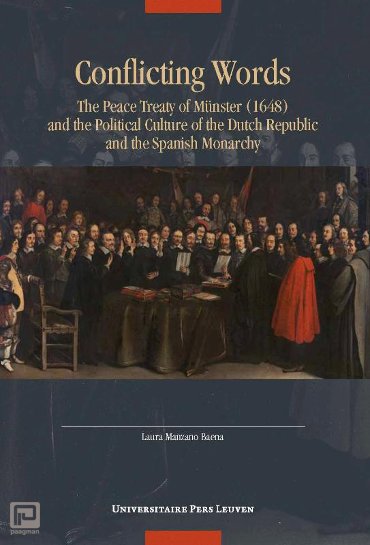 the peace treaty of munster (1648) and the political culture of the dutch Republic and the Spanish Monarchy
The Peace of Münster, signed between the Catholic Monarchy and the United Provinces in 1648, went against the political culture of both polities. The fact that the Spanish Monarchy definitively accepted the independence of its former subjects clearly negated the policy put forward by the Monarchy during the eighty' years that the war lasted and to the Monarchy's declared main goals. For the United Provinces, signing a peace with the archenemy without having brought liberty and religious freedom to ten of the seventeen provinces that formed part of the ancient Burgundian circle was also considered by important groups in the rebel' provinces as a defection.
Portraying the political culture of both the Catholic Monarchy and the United Provinces, this work analyses the views held in both territories concerning the points which were discussed in pamphlets and treatises published during the peace negotiations. It also traces the origin of the arguments presented, showing how they were transformed during the period under study, and discusses their influence, or presence, in the diplomatic negotiations among the ambassadors of the United Provinces and the Catholic Monarchy in the German town of Münster. These discussions are inserted in the wider framework of a Christian realm that had to reassess its own values as a consequence of the confessionalisation process and the Thirty Years' War, which affected not only the Empire but, in one way or another, all Central and Western Europe.