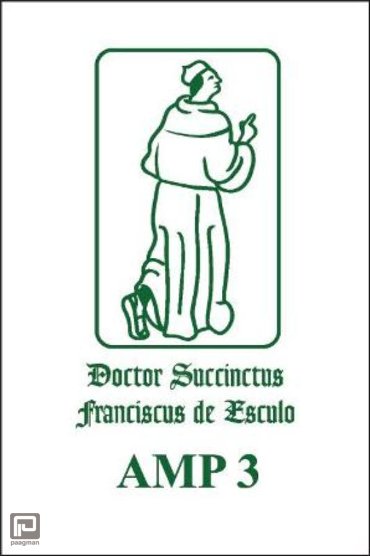 quaestiones in secundum librum Sententiarum qq. 1-12
This commentary exists in two versions:
The major version is contained in 17 manuscripts and the critical edition of it is being prepared by a team of specialists led by Prof. Tiziana Suarez-Nani of the University of Fribourg, Switzerland. A minor version is found in one Vatican manuscript and is being edited by Prof. Em. Girard J. Etzkorn. The texts edited in this volume all deal with creation, and investigate such central philosophical and theological issues as action, production, and causality, being and nothingness, the nature of time, Gods relation to the world he created, and the distinction between Gods creation and Gods conservation of the world. Typical of this section of Sentences commentaries is a discussion of the eternity of the world (q. 12), in which Marchia defends the (counterfactual) possibility of the worlds eternality as well as the possibility of an actual infinite. Somewhat more unusual for this part of a medieval Sentences commentary is Marchias highly detailed discussion of the problem of universals and the validity of syllogistic argumentation, all of this part of Marchias attempt to determine whether creation can be demonstrated about God (q. 1). Throughout these twelve questions, Marchia challenges the ideas of some of the later Middle Ages best minds, including Peter Auriol, Durand of St. Pourçain, John Duns Scotus, Henry of Ghent, and Giles of Rome.