The Maritain Factor - KADOC studies on religion, culture and society 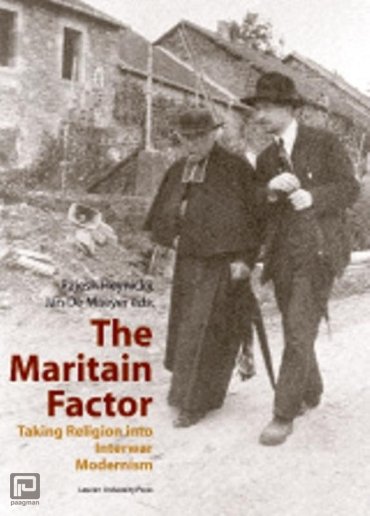 taking Religion into Interwar Modernism
By studying the reception and perception of the French Catholic philosopher Jacques Maritain, this book argues that European modernist artists and intellectuals sought a primordial finality in Catholicism. The French poet, writer, and surrealist filmmaker Jean Cocteau converted under the influence of Maritain. For the painters Gino Severini, a pioneer of Futurism, and Otto Van Rees, one of the first Dadaists both converts Maritain played the role of spiritual counselor. And when the promoter of abstract art Michel Seuphor embraced Catholic faith in the 1930s, he, too, had extensive contact with Maritain. For all of them, the dictum of the Irish poet Brian Coffey, once a doctoral student under Maritain, applied: modern art needs a Thomist conceptual framework. However, the contributions in The Maritain Factor also show that, besides admiration, Maritain provoked irritation with his theories. Walter Benjamin for example, could only look at Maritain as a charlatan who was out to place modern art under the glass bell jar of Catholicism. The authors demonstrate that Catholic thought was not just one aspect of the manifold varieties of modernist discourses and practices, but in fact offered a basis to organize and structure this multiplicity in the 1920s and 1930s.
With contributions by: Philippe Chenaux, Jan De Maeyer, Michael Einfalt, Jason Harding, Rajesh Heynickx, Zoë Marie Jones, Ewoud Kieft, Mathijs Sanders, Stephen Schloesser, Stéphane Symons, Cécile Vanderpelen-Diagre, James Matthew Wilson.