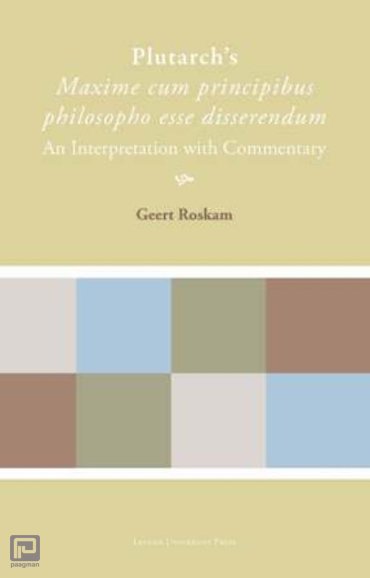 an interpretation with commentary
The question of the political relevance of philosophy, and of the role which the philosopher should play in the government of his state, was often discussed in Antiquity. Platos ideal of the philosopher-king is well-known, but was precisely his failure to realise his political ideal in Syracuse not the best argument against the philosophers political engagement? Nevertheless, Platos ideal remained attractive for later Greek thinkers. This is illustrated, for instance, by one of Plutarchs short political works, in which he tries to demonstrate that the philosopher should especially associate with powerful rulers, because he can in this way exert the greatest positive influence on his society and at the same time maximise his personal pleasure. This study provides a thorough analysis of Plutarchs Maxime cum principibus philosopho esse disserendum. A lengthy general introduction deals with the author and the text and discusses each step in Plutarchs argumentation in detail. A systematic lemmatic commentary then provides a systematic complement to the previous analysis of the work, dealing with many problems of textual criticism, explaining all kinds of realia, and discussing a great number of passages through parallels from Plutarchs own oeuvre and from other authors.