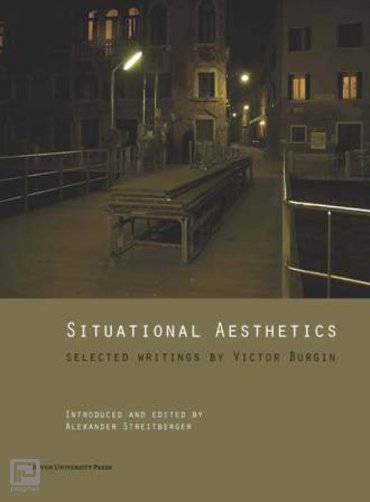 selected Writings by Victor Burgin
Highly influential both as an artist and as a theoretician Victor Burgin figures amongst the most insightful thinkers on visual culture in recent times. His writings focus on the production of meanings and affects through images  at the intersections of subjective desire and sociopolitical organization  and cross a diversity of representational practices (photography, film, painting, advertising, television, the internet) and theoretical fields (semiotics, psychoanalysis, feminist theory, cultural studies).
The essays in this volume provide a succinct overview of Burgins rich and multifaceted work during the last forty years  from its origins in debates within the Conceptual Art movement to its present concern with everyday perception in the environment of global media. The selection includes such classic essays as Situational Aesthetics and Photographic Practice and Art Theory, together with less widely-known articles such as Work and Commentary and the previously unpublished essays Shadows,
Time and Family Pictures and Monument and Melancholia.
The essays are arranged chronologically in sections to represent four salient phases of Burgins preoccupations: Conceptual art and photography; A psychical realism; The city and global media; Infinite film. Each section is preceded by an exchange between Victor Burgin and the books editor, Alexander Streitberger, to introduce the main lines of thought. Examples from Burgins visual works, selected by the editor in consultation with the artist, accompany each section.