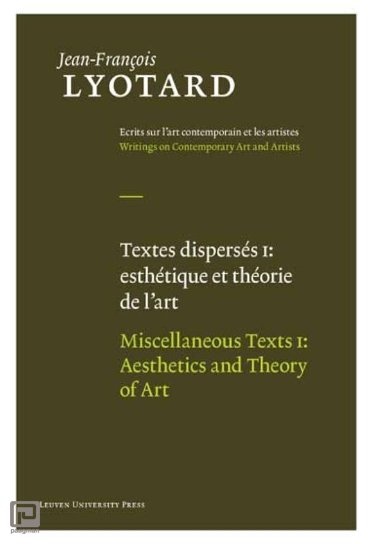 This fourth volume in the series devoted to Jean-François Lyotard's writings on contemporary art and artists presents nine essays on general aesthetics and the theory of art. They are published in the original French along with English translations on facing pages. Most of these texts, preserved in the Lyotard archives of the Bibliothèque Littéraire Jacques Doucet in Paris, are published here for the first time. They do not reveal 'another Lyotard' than the one whom we know through his major writings. Nevertheless, they cover the whole period of his production, from 1969 to 1997; and they make the development of his philosophy of art explicit. After the 'libidinal' conception of art in his early writings, the 'Kantian twist' of around 1980 places his view on art under the aegis of the sublime.
These essays specify what, for Jean-François Lyotard, the hand of the painter means, as well as the gaze of the viewer, enamoured with resonant colours.