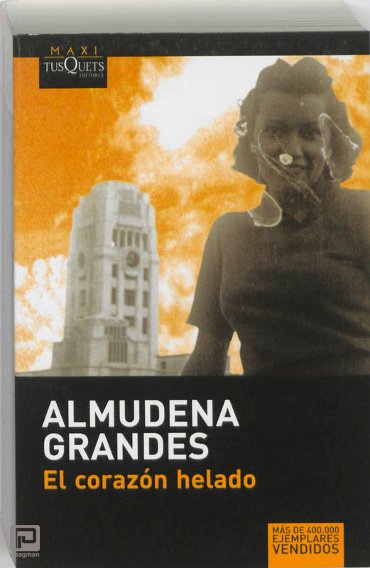 The novel begins in a cemetery in a small town called Torrelodones on the outskirts of Madrid. Alvaro Carrion Gonzalez is attending the funeral of his father, a man of tremendous wealth and influence in Madrid whose power dates back to the years of Franco's dictatorship. As the family stand by the graveside, Alvaro notices a stranger, a young and attractive woman, who seems inordinately interested in the family. Alvaro wonders what part this woman played in his father's life and his questions deepen when the family inherits an enormous amount of money that is a surprise even to them. In his father's study Alvaro discovers an old folder with letters sent to his father in Russia between 1941 and 1943, faded photos of people he never met, and a locked grey metal box. The woman is Raquel Fernandez Perea, the daughter of Spaniards who fled Spain during the Civil War and who spent most of her childhood in France before returning to Spain during the 1970s. One episode in her past has had a particularly marked effect - the only time she ever saw her grandfather cry. When fate brings Raquel and Alvaro together, they feel an overwhelming attraction, but discover just how deeply these old family stories will affect their own lives. The Frozen Heart is a passionate and utterly compelling novel that encapsulates the complexities of a war that split families apart, father against sons, brothers against brothers, wives against husbands. It describes the political and personal fall-out in a country that consumed itself in a thumping good read filled with love, deceit, revenge and betrayal.