Language and Origin: The Role of Language in European Asylum Procedures: Linguistic and legal Perspectives 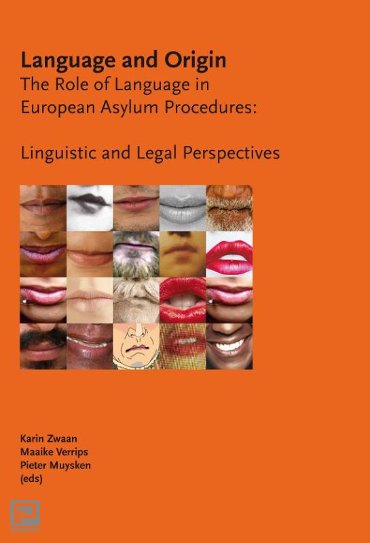 In recent years, language has been used as evidence in assessing asylum seekers claims. Do they come from the country that they claim to originate from? Although this would seem quite simple, reliable assessments are hard to achieve. Many factors intervene: high variability, multilingualism, extended stays in refugee camps, lack of systematic knowledge about the languages, mixed ancestry. European countries have developed various techniques, but experts often disagree about these, and the validity of the results.
This book contains a series of papers presented at the ESF Exploratory Workshop Language and Origin: the role of language in European asylum procedures. The workshop took place at the Netherlands Institute for Advanced Studies (NIAS) in Wassenaar, April 22-23, 2010. It brought together an interdisciplinary group of experts from different European countries in a constructive setting to explore the different techniques, exchange views, learn to speak each others language and to set priorities for future research and developments.

The book presents the papers of the workshop in five parts: Part One: The practice of LADO; Part Two: LADO and the study of language; Part Three: Language and origin: Three case studies; Part Four: Language in asylum procedures: A country survey; Part Five: LADO as evidence.