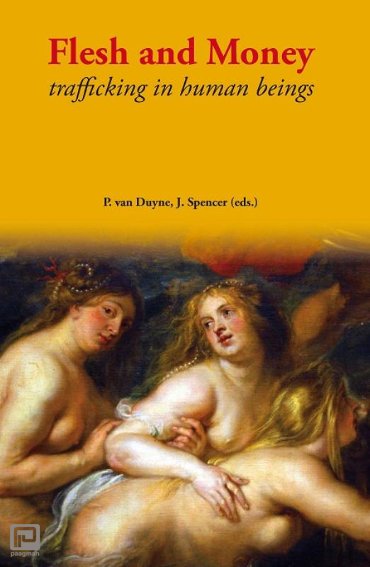 trafficking in human beings
Cross-border mobility of people in Europe continues cause anxiety for the authorities. Their anxiety is heightened when such mobility is the illegal crossing of borders and the exploitation of people, whether that exploitation is sexual, in the construction industry or agriculture. The illegal crossing of borders takes many forms; human trafficking is the most extreme but there are other forms of illegal people movement that include the smuggling of women over borders for exploitation in the sex industry. But many sex workers are not dragged into the sex service industry against their will. For many women it is an economic option of last resort and for others it is a real (temporary) job for which they are prepared to be smuggled across borders, sometimes under dangerous conditions. There are cases of women being smuggled by Bedouins on camels through the desert into Israel. Other women are involved with Bulgarian organised crime syndicates which have connections across European sex lines from the streets in Sofia to top brothels in Berlin and London.

This volume brings together the reports and studies of expert European researchers in the field of human trafficking. It spans a decade of trafficking research and law enforcement activity. This is an important volume because the effects of globalisation are still being felt by those who are forced into debasing working conditions or roam around in the European continent looking for a better existence. This collection provides a window through which to explore their experiences.

The following materials are included

B. de Ruyver, K. van Impe and J. Meese: The need for a multidisciplinary and proactive approach to human

J. Spencer: The illicit movement of people across borders: The UK as a destination country and the disorganisation of criminal activity
K. Aromaa and M. Lehti: Trafficking in human beings: policy problems and recommendations

D. Siegel: The romantics of the desert. Women smuggling to the Middle East

V. Nikolic: Trafficking in humans and illegal economy in war and post-war society