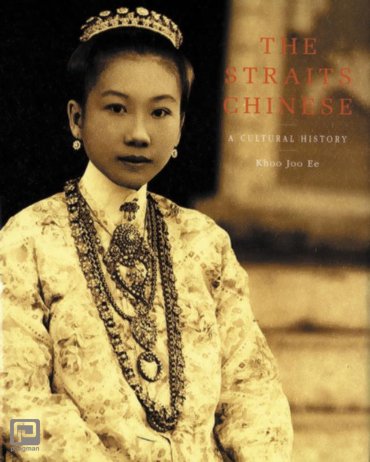 A Cultural History
Since ancient times, Southeast Asia has been an important link in the trade routes connecting China with India, Arabia and Europe. Contacts between China and the states of the MalayIndonesian archipelago were reported as early as the 5th century AD, and Chinese tradespeople began to settle in this region in the 15th century. Chinese communities emerged in the port cities of Java, Sumatra and other islands of the archipelago, and especially along the west coast of the Malay Peninsula, in what would become known as the Straits Settlements. These Straits Chinese adapted to a wide variety of local conditions, and  subjected to Malay, European and Indian cultural influences  eventually developed a unique cultural identity. The main characteristics of Straits Chinese arts and architecture are their highly ornate nature, intricate detail and especially their idiosyncratic style, which reflects the above mentioned blend of influences.
The Straits Chinese provides a detailed account of the development of the Straits Chinese social and material culture. The text is illustrated with many historical photographs, and a very large selection of high-quality colour plates of architecture, furniture, costumes, beadwork, textiles, embroidery, gold and silver jewellery, domestic objects and ceramics.