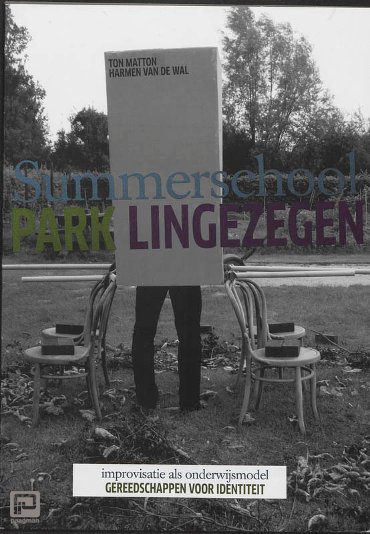 Designer/artist Ton Matton and architect/researcher Harmen van de Wal developed the Lingezegen Summer School educational programme in which improvisation came to play a major role. Inspired by workshops and discourses by guest lecturers, including philosophy, art history and biology, the students developed plans that related to both the layout of a park and the interaction between different groups of people who use the park. In cooperation with local entrepreneurs and artisans the students worked on issues such as energy supply, water and food supply. From energy producing playgrounds, new forms of lighting, logos for bike paths, vending machines with real fruit, a selection of twelve projects shows the useful ideas the summer school has yielded.