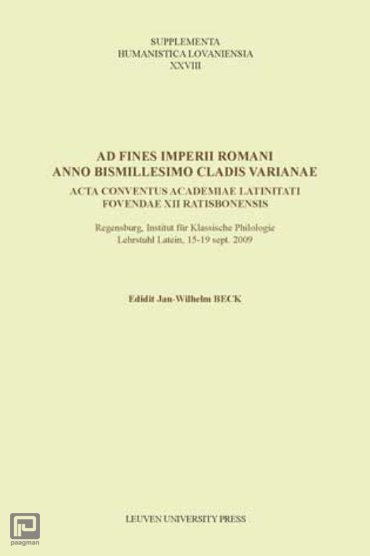 acta conventus academiae latinitati fovendae XII ratisbonensis (Regensburg, institut für klassische philologie, lehrstuhl Latein, 15.-19. Sept. 2009)
During the battle of the Teutoburg Forest, or clades Variana (9 ad), an alliance of Germanic tribes led by the German hero' Arminius defeated three Roman legions and their auxiliaries led by Publius Quinctilius Varus. Despite numerous campaigns and raids by the Roman army over the Rhine in the years after the battle, the Romans were to make no more concerted attempts to conquer and hold Germania beyond the river.
On the occasion of the 2000th anniversary of the clades Variana in 2009, the Academia Latinitati Fovendae (Rome) organized a congress in Regensburg, Germany. This book, based on the proceedings of that event, contains not only various contributions on the Augustan and Tiberian literature related to the German victory (Manilius, Velleius Paterculus), but also some revealing case studies on the reception of Arminius in later times, in history, and in Neo-Latin and in vernacular letters. All texts are written in Latin.