The Sparking Discipline of Criminology - Society, Crime and Criminal Justice 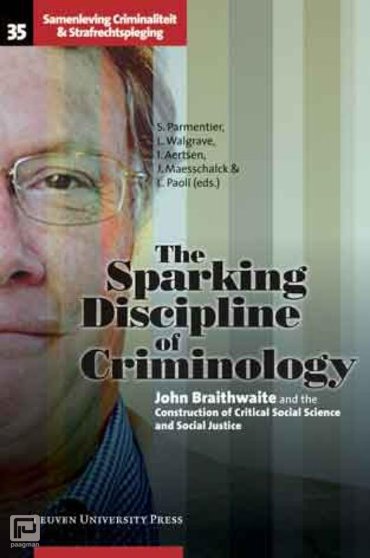 john Braithwaite and the construction of critical social science and social justice
Over the past decades, the Australian social scientist John Braithwaite (1951) has played a crucial role in the development of international criminology. He is universally considered one of the most renowned criminologists of our times and he has characteristically put his scientific engagement at the service of humanity and society by aiming at social justice, participative democracy, sustainable development and world peace. His relentless efforts to create links between the study of criminology and other scientific disciplines has led the K.U.Leuven (Catholic University of Leuven, Belgium) to honour Braithwaite in February 2008 with an honorary doctorate.
In this collection of essays a number of well-known academics reflect on the work of John Braithwaite by addressing two leading questions: What are the implications of a republican theory of justice for criminology and criminal policy? And secondly, what is the role of academic criminology in today's social, political and economic environment? The volume is concluded by an extensive and insightful contribution from John Braithwaite himself, not only reflecting on the preceding essays in the book, but also addressing the challenges and future directions for academic criminology in the present day.