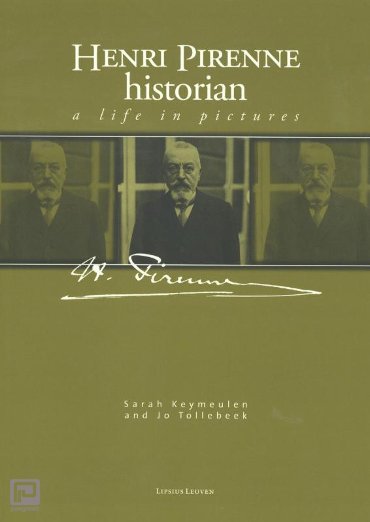 a life in pictures
BIOGRAPHY OF ONE OF THE TWENTIETH CENTURY'S GREATEST HISTORIANS
Henri Pirenne (1862-1935) was a Belgian historian of international stature. He had an intellectual reputation that extended far beyond the borders of his own country. The Histoire de Belgique, which he published in the early decades of the twentieth century, was regarded as a model of innovative national history. His ideas about the development of the medieval city attracted attention, and his thesis on the influence of Islam on European history initiated a debate that continues today. Pirenne is now established as one of the twentieth century's greatest historians, who inspired not just a whole generation of French historians, but numerous other European and American intellectuals too.
This book is not merely a writer's oeuvre. It is a life in pictures: Pirenne's biography is probingly enhanced by means of original and attractive pictorial material. The photos illustrate how the historian was intellectually formed and how his career developed. They illuminate the growth of his oeuvre and the rise of his reputation. They depict his teachers and friends. They recapture the events at which he was honoured, and his wartime exile.
Henri Pirenne,Historian: A Life in Pictures opens to view the work and life of an historian whose significance continues to be recognised well beyond the confines of his own discipline.