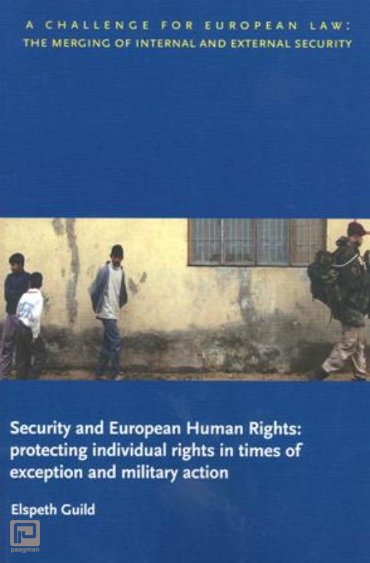 protecting individual rights in times of exception and military action
In order better to understand the meaning of internal and external security for Europe, the institutions which are engaged in security and their actions need to be analysed. The institutions which are primarily responsible for security are the police within the state and the army as regards the external world. While the worlds in which they engage are sepa-rated by the border of sovereignty, their objective of providing security is defined foremost by their duty to protect the people and the state to which they belong and by which they are paid. Thus the police owe a duty of protection to the people they police and the military owe a duty of protection to their citizens and state. The mechanisms, practices and technologies available to each of these two institutions are different (though there is increasing overlap). They are subject to different legal regimes as regards the legality of their actions  the police are answerable for their ac-tions within the criminal justice systems of the Member States, the military are judged by their own separate courts. Europe, however, is changing our understanding of the border of sovereignty and the obligations of our institutions towards their people.

Police cooperation has long been within the scope of EU policy, and is the focus of the 2005 Hague Programme on the development of an area of freedom, security and justice. Market integration in the EU has now been enhanced by a Common European Defence and Security Policy. The military is no longer outside the scope of EU law and policy. At the same time, the borders of sovereignty among the Member States are increasingly common  intra Member State borders are no longer the place of control and protec-tion against threat. Instead it is the common external border which is the focus of attention. But this common external border has also been the subject of dramatic change.

In 2004 ten new Member States joined the EU enlarging the space very considerably. Further enlargement to Bulgaria, Romania and Turkey are envisaged in the near future.Another Europe is also present in any discussion of the legality of actions by the state: that of the European Convention on Human Rights. The European Court of Human Rights has begun to refer to the convention, to which its interpretation is entrusted, as an instrument of European public order. The duty of the state to protect its people both within and outside the borders of sovereignty and the means which the state may reasonably use to do so are questions which are arising with ever greater frequency before the European Court of Human Rights.

A series of cases, primarily against the UK and Turkey in the 1990s, has established beyond question the duty of the state to investigate fully allegations of extrajudicial killing and torture within its borders. A newer series of cases which have come before the Court have challenged the limitation of the duty of the state to investigation within its borders, suggesting also a duty which may extend to the actions of its agents outside its borders.

The engagement of a number of European states in military action in Iraq from 2003 onwards in support of the US invasion there has brought fresh challenges to the question of legality and action abroad. In this series of reports, we will look only at one aspect, the treatment of acts by members of the military which cause death to civilians in Iraq. In three Member States criminal charges have been laid in respect of such acts  the Netherlands, Denmark and the UK. The shadows of both the EU and the European Convention on Human Rights are evident in these cases  providing the background to what appears to be a changing dynamic to the concepts of respon-sibility and protection. It is our intention that by examining the specific cases and their legal framework we will contribute to a better understanding of the relationship of the internal and external in law in Europe.