Not in my Front Yard: Security and Resistance to Responsibility for Extraterritorial State Conduct 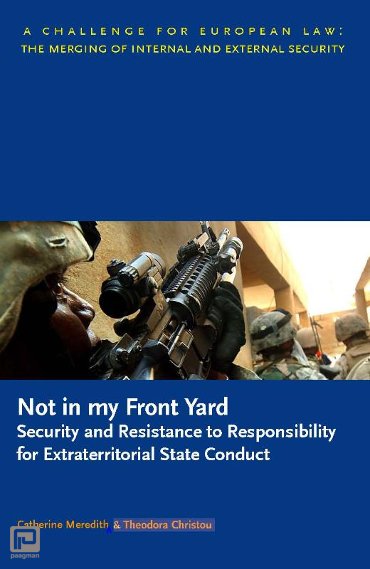 security and resistance to responsibility for extraterritorial state conduct
"The growth in international protection of human rights has given rise to many problems. One of the most striking and, perhaps, least foreseen, concerns the responsibility of states for human rights violations committed by their personnel outside their borders. This is a problem which has very recently engaged the attention of both domestic and international courts. But important unanswered questions remain. This is an interesting and highly topical book which provides a most valuable overview of the law in this area as it has so far developed. The Rt Hon Lord Bingham of Cornhill KG, FBAA thorough and timely analysis of a complex and fast developing area of law, and a useful reminder of the key principles at stake."
Karen Reid, Deputy Section Registrar for the Task Force Secretariat, European Court of Human Rights

The world has witnessed the prosecution of the so-called war on terror, growth of state sponsored extraordinary rendition, outsourcing of torture and a number of controversial military incursions by larger states into the territory of smaller states. In many cases the state has sought to avoid legal responsibility for the action of its agents and forces by denying the concept of extra-territorial jurisdiction. Human rights organisations and observers argue that this has created a climate of impunity threatening fundamental rights and freedoms hitherto protected by the UN and regional mechanisms.

This important book examines developments in state conduct and the response of international law. It analyses the concept of jurisdiction, territory, the role of humanitarian law, and the purported reach of regional mechanisms in relation to extra-territorial conduct. It provides an up- to-date comparative assessment of the most recent case law in this area. As such, it provides both human rights practitioners and the interested observer with a valuable guide into one of the most important legal, political and ethical issue