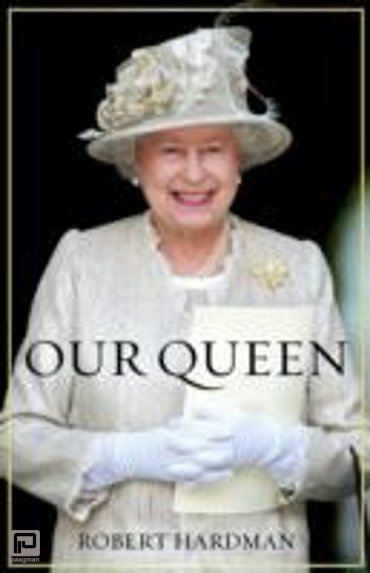 Our Queen
Our Queen
Robert Hardman

History has known no monarch like her. She has travelled farther than all her predecessors put together and lived longer than any of them. She has known more historic figures than anyone alive - from Churchill to Mandela, de Gaulle to Obama.
Now, the distinguished royal writer Robert Hardman has been granted rare and privileged access to the world of Queen Elizabeth II to produce this enthralling new portrait of one of the most popular public figures on Earth. Only one other monarch - Victoria - has celebrated a diamond jubilee. As our Queen marks sixty years on the throne, Hardman travels with her around the country and the world.
He meets her family, her closest advisers and her prime ministers past and present. He follows the devoted team around her, from her Lord Chamberlain to her footmen. Not only has Elizabeth II reigned through Britain's transformation from an imperial power to a multicultural, multimedia nation, but she has steered the Monarchy through more reforms in the last 25 years than in the previous century.
As Hardman discovers, she has quietly rewritten the entire royal job description - without us even noticing. Staff who would once have lived an existence straight out of Upstairs Downstairs or Downton Abbey now have free use of the Queen's swimming pool, a round-the-clock counsellor and even her ponies. It's a close-knit world.
And Hardman finds out what happens to those who cross her - even if they happen to be monarchs themselves ..."Our Queen" sits at the head of an ancient institution which remains, simultaneously, popular, regal, inclusive and relevant in a twenty-first-century world. It is neither down to luck nor longevity. It is down to the shrewd judgement of a thoroughly modern monarch with no small assistance from the longest-serving consort in history.
Here is the inside story.