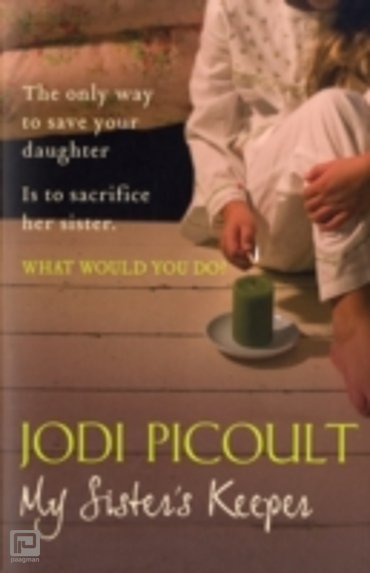 'A major decision about me is being made, and no one's bothered to ask the one person who most deserves it to speak her opinion.' The only reason Anna was born was to donate her cord blood cells to her older sister. And though Anna is not sick, she might as well be. By age thirteen, she has undergone countless surgeries, transfusions, and shots so that her sister, Kate, can somehow fight the leukaemia that has plagued her since she was a child. Anna was born for this purpose, her parents tell her, which is why they love her even more. But now that she has reached an age of physical awareness, she can't help but long for control over her own body and respite from the constant flow of her own blood seeping into her sister's veins. And so she makes a decision that for most would be too difficult to bear, at any time and at any age. She decides to sue her parents for the rights to her own body.