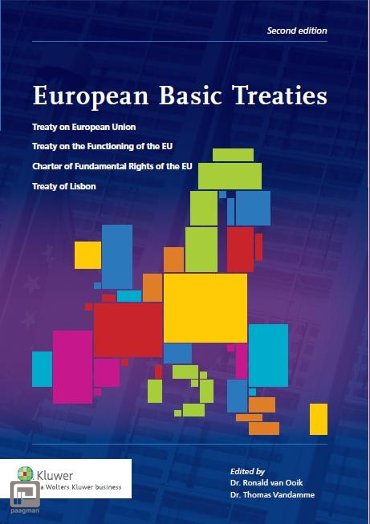 treaty on European Union; treaty on the functioning of the EU charter of fundamental rights of the EU; treaty of Lisbon
This second edition of European Basic Treaties contains the texts of the Treaty on European Union, the Treaty on the Functioning of the European Union and the EU Charter of Fundamental Rights (including the latter's `Explanations').
This edition incorporates all rectifications and treaty amendments, up until 1 July 2013, including those that follow from the accession of Croatia to the EU on that date.
It also contains the provisions of the Treaty of Lisbon that exist alongside these three core texts. Furthermore, a selection of the Protocols and of the most important Declarations has been added.
The numbers of provisions of the former EC Treaty and EU Treaty before they were renumbered by the Lisbon Treaty are also included. Thus, older jurisprudence, legislation and literature remain accessible.
Finally, this edition introduces an extensive set of concise keywords to the provisions of the European Treaties as well as an Index.