The act of abjuration 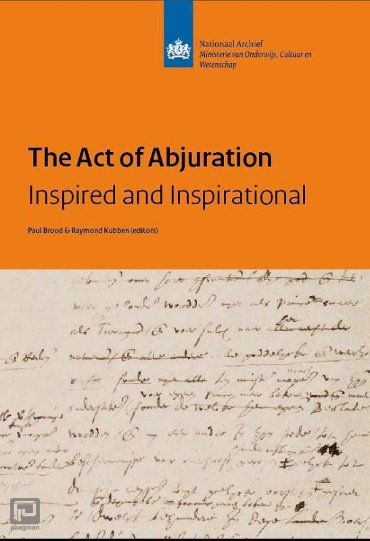 inspired and inspirational
Renewed attention to Dutch constitutional history appears to be part of a search to 'the' Dutch national identity. The Dutch Revolt features prominently in this rediscovery of history. One of the most significant constitutional documents in Dutch history is th 26 July 1581 Act of Abjuration. The Act of Abjuration was the document issued by the States General to declare their prince abjured from his titles and offices and to justify this abjuration. Henceforth, the Act amounts to a milestone in the successful struggle against Habsburg centralisation that obstructed the creation of a Dutch unitary state for over two hundred years. Thereto, the Act posed an important expression of a Europe wide development in political theory in respect to the relation between prince and people and the right of resistance in particular.Twelve historians and archivists from all over the world explain why the Act was a source of inspiration for centuries, not only in the Netherlands, but also in the rest of Europe and in America.