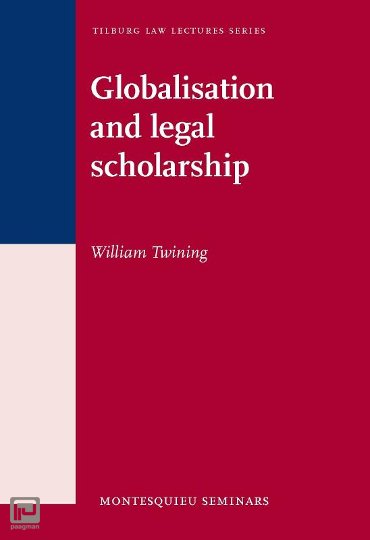 At the Montesquieu Seminars, new developments in legal theory are explored and discussed. Fundamental problems experienced in the (practices of) law are reflected critically. A broad range of disciplines contribute at these attempts of sustained critical reflection. No particular school of legal theory is preferred over another.
Tilburg Law School has an open mind for new approaches to law and does not want to limit the debate to the agenda set by some school, movement or discipline. As a result, while the seminars are conceived around urgent actual problems, the focus is interdisciplinary.
Due to this the Montequieu Seminars are especially interesting for national and local politicians, students, policy makers, advisory bodies, entrepreneurs, business management, advocacy, judiciary and government.
This book contains a written version of the sixth Montesquieu seminar, which was held in September 2009 by Wiliam Twining.
Also available in this series:

The Jurisprudence of Aharon Barak, 2011
When Language Meets the Mind: Three Questions (White), 2007
Psychology and the Design of Legal Institutions (Tyler), 2006
The perils of Pervasive Legal instrumentalism (Tamanaha), 2004