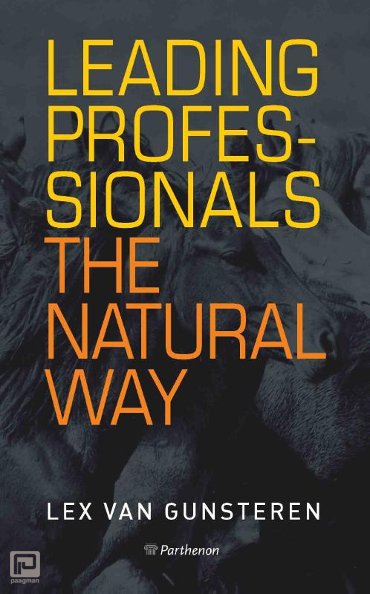 - ALSO AVAILABLE AS EPUB -
How can professionals - engineers, physicians, accountants, lawyers, IT-experts but also secretaries and craftsmen - prepare themselves for a promotion to a management position? The time to read and digest the vast amount of available literature on management is often not available.
Lex van Gunsteren - one of the pioneers of the Rotterdam School of Management, teachting innovation and crisis management - offers an alternative:
Lead your people as if you were the leader, the Alpha, of a herd in nature:
* Know how and when to grand privileges to lower ranked staff members and workers
* Develop effective leadership fitting your own character and comfort zone
* Learn from the many examples of applying the rules of nature

Lex A. van Gunsteren (1938) is a business consultant, lecturer and innovator in marine propulsion. As a professor he lectured Management of Technological Innovation at the Delft University of Technology.
At a young age he was employed by Lips Propeller Works, where he served as an industrial scientist and later in various positions as a manager. In the shipbuilding group IHC Holland, he was managing director of their shipyard Gusto, specialised in off shore equipment. In the Royal Boskalis Westminster Group, he served as director of corporate planning and R&D.
In the late eighties, he founded the innovation company Van Gunsteren & Gelling Marine Propulsion Development in order to develop his invention of the slotted nozzle and the later wing nozzle.
He served on various boards for monitoring R&D subsidies, among others as vice chairman of the board of the Dutch Foundation for Technical Sciences STW.
Since 1997, he lectures in computer aided decision support in architecture and urban planning at the Faculty of Architecture of Delft University of Technology. His publications include six patents and nine books.