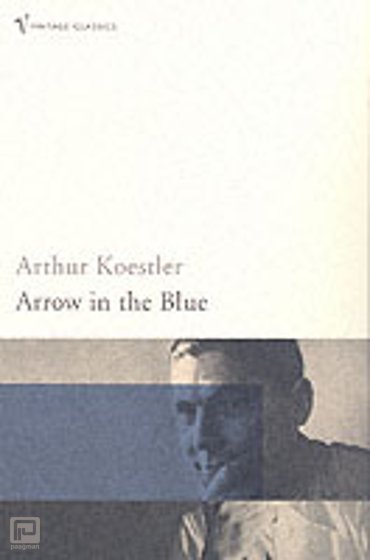 "Arrow in the Blue" is the first volume of Arthur Koestler's autobiography. It covers the first 26 years of his life and ends with his joining the Communist Party in 1931, an event he felt to be second only in importance to his birth in shaping his destiny. In the years before 1931, Arthur Koestler lived a tumultuous and varied existence.
He was a member of the duelling fraternity at the University if Vienna; a collective farm worker in Galilee; a tramp and street vendor in Haifa; the editor of a weekly paper in Cairo; the foreign correspondent of the biggest continental newspaper chain in Paris and the Middle East; a science editor in Berlin; and, a member of the North Pole expedition of the Graf Zeppelin. Written with enormous zest, joie de vivre and frankness, "Arrow in the Blue" is a fascinating self-portrait of a remarkable young man at the heart of the events that shaped the twentieth century. The second volume of Arthur Koestler's autobiography is "The Invisible Writing".