60 Years of Fender: Six Decades of the Greatest Electric Guitars 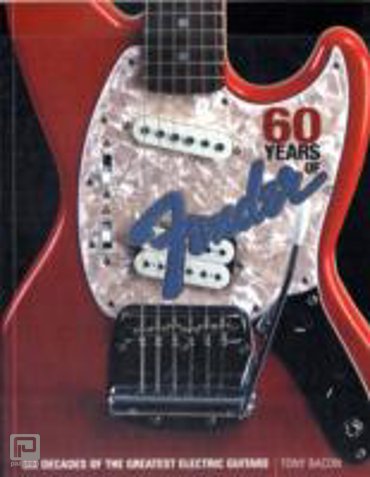 Fender is the most successful modern guitar maker, and this revised and updated book celebrates 60 years of the company's instruments. It tells the complete year-by-year story of Fender's development from the early years until the present day, accompanied by an unrivalled gallery of colour photographs of instruments, players, and memorabilia. Leo Fender introduced the world to the solidbody electric guitar in 1950 with the instrument now known as the Telecaster.

He soon added two further classics: the Precision Bass (1951) and the Stratocaster (1954). Fender's sleek, adaptable guitars fuelled the pop music boom of the 60s, and since that time they have been heard in the hands of virtually every guitarist of note, from Buddy Holly to Kurt Cobain, from Eric Clapton to John Mayer. This book is a beautiful, detailed examination of six decades of great guitars and the fine music they continue to inspire.