Where would John go? Amsterdam 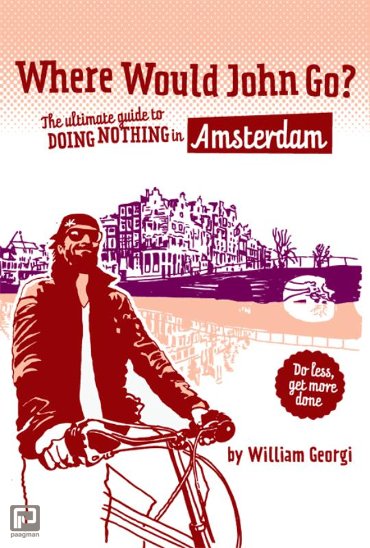 Where Would John Go? - Amsterdam
No lists of the best museums, no toe-curling guides to the 'hippest' clubs
and bars in the city, no advice on where to stay either (well, maybe
we'll help you out a little bit on that last one). That's just not how
John Altman (baker, nudist, part-time roadie, full-time hippy) rolls.
Instead of all that hogwash, Where Would John Go? is a proper guide to
the character of the city that tells you how to make the most out of
your stay in Amsterdam by doing nothing. Nada. Niks. Sweet fuck all.
Meandering down a river on a boat with a beer in one hand and the
rudder in another? Sure. Having a barbecue in the park? Absolutely.
A game of boules by the canalside? Why on earth not?
That's what everyone else here does and that's exactly the kind of thing
we'll help you to do too.
Travel with Where Would John Go? in your heart (and your pocket)
and you'll be soon be at home in Amsterdam and beyond. Because
wherever John goes is home.