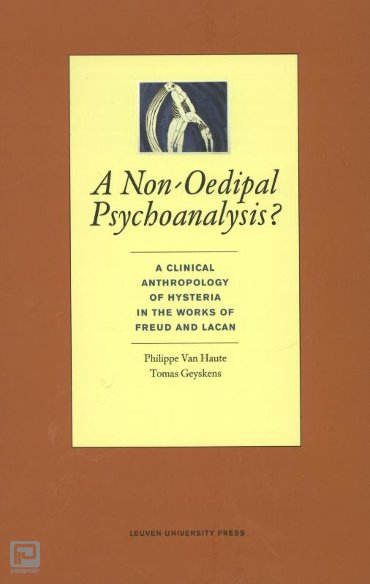 a clinical anthropology of hysteria in the work of freud and lacan
The different psychopathologic syndromes show in an exaggerated and caricatural manner the basic structures of human existence. These structures not only characterize psychopathology, but they also determine the highest forms of culture. This is the credo of Freud's anthropology. This anthropology implies that humans are beings of the in-between. The human being is essentially tied up between pathology and culture, and there is no 'normal position' that can be defined in a theoretically convincing manner. The authors of this book call this Freudian anthropology a patho-analysis of existence or a clinical anthropology. This anthropology gives a new meaning to the Nietzschean dictum that the human being is a 'sick animal'. Freud, and later Lacan, first developed this anthropological insight in relation to hysteria (in its relation to literature).
This patho-analytic perspective progressively disappears in Freud's texts after 1905. This book reveals the crucial moments of that development. In doing so, it becomes clear not only that Freud introduced the Oedipus complex much later than is usually assumed, but also that the theory of the Oedipus complex is irreconcilable with the project of a clinical anthropology.
The authors not only examine the philosophical meaning of this thesis in the work of Freud. They also examine its avatars in the texts of Jacques Lacan and show how this project of a patho-analysis of existence inevitably obliges us to formulate a non-oedipal psychoanalytic anthropology.