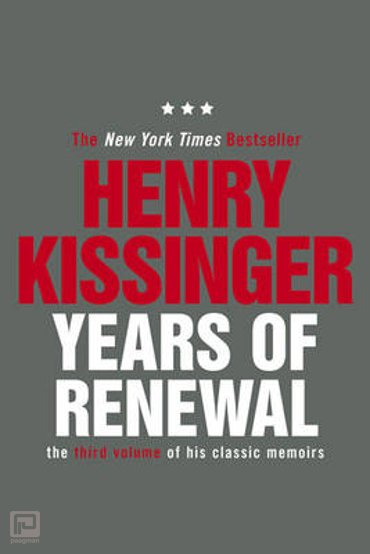 The Concluding Volume of His Classic Memoirs

This third and final volume of memoirs completes a major work of contemporary history and a brilliantly told narrative full of startling insights, candour and a sweeping sense of history. It begins with the resignation of Nixon - including Kissinger's final assessment of Nixon's tortured personality and the self-inflicted tragedy that ended his presidency, making Kissinger, for a time, the most powerful man in American government. This book abounds in crisis - Vietnam, Watergate, the Cold War.

Here are brilliant scenes, as only an insider could write them, of the high-level meetings that shaped American foreign policy, the famous 'shuttle' diplomacy by which Kissinger succeeded in bringing a reluctant and wary Rabin and anxious Sadat together to begin to return of the Sinai to Egypt and the SALT talks with the Soviet Union that began the process of nuclear limitation. Here also are intimate and profound portraits of world leaders from Mao, teasing Kissinger while displaying a poetic wisdom, to Brezhnev at the Vladivostock summit, confused, ill-prepared, unwell, desperately to conceal the Soviet Union's difficulties with a screen of blustering bravado.