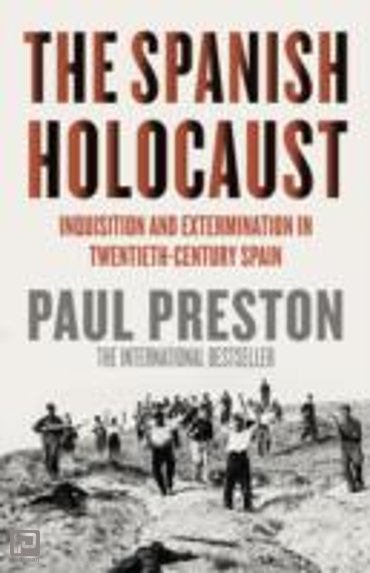 Inquisition and Extermination in Twentieth-century Spain

The first, authoritative history of Spain's darkest period. In a work of meticulous scholarship and research, Paul Preston, the world's foremost historian of 20th-century Spain, charts how and why Franco and his supporters set out to eliminate all 'those who do not think as we do' - some 200,000 innocent men, women and children across Spain. The remains of General Franco lie in an immense mausoleum near Madrid, built with the blood and sweat of 20,000 slave labourers.

His enemies, however, met less exalted fates. In addition to those killed on the battlefield, tens of thousands of Spaniards were officially executed between 1936 and 1945, and as many again became 'non-persons', their fates as obscure as the nation's collective memory of this terrible period. As the country slowly reclaims its historical memory after a long period of wilful amnesia, for the first time a full picture can be given of the escalation and aftermath of the Spanish Holocaust in all its dimensions -- ranging from systematic killings and judicial murders to the abuse of women and children, imprisonment, torture and the grisly fate of Spaniards in the hands of the Gestapo.

The story of the victims of Franco's reign of terror is framed by the activities of four key men whose dogma of eugenics, terrorisation, domination and mind control horrifyingly mirror the fascism of 1930s Italy and Germany. General Mola organised the military coup of 1936 and dictated its ferocity in the north of Spain; Quiepo de Llano, the deranged 'radio general', ran a virtually independent fiefdom in the south; Major Vallejo Najera was a military psychiatrist who provided 'scientific' justifications for the annihilation of thousands; and Captain Aguilera, the Nationalist press officer, blamed the war on do-gooders' interference with the divine process of decimating the working classes. Reflecting more than a decade of research, and telling many stories of individuals from both sides, The Spanish Holocaust seeks to reflect the intense horrors visited upon Spain by the arrogance and brutality of the officers who rose up on 17 July 1936, provoking a civil war that was unnecessary and whose consequences still reverberate bitterly in Spain today.