The Sisters Grimm : The Fairy-tale Detectives 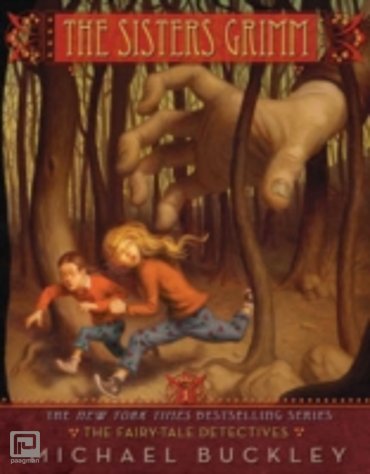 Orphaned sisters Sabrina and Daphne are sent to live with their mysterious grandmother, Relda Grimm, who lives in a town in rural New York State that experiences an extraordinary number of unexplained and unusual crimes. As it turns out, the two girls are the descendants of the Brothers Grimm, whose famous book of fairy tales is actually a history book. Snow White, the Three Little Pigs and countless other fairy-tale folk are all neighbours of Granny Grimm in a secret community of Everafters.

It's the Grimm family's legacy to keep the Everafters in line and Sabrina and Daphne are the family's newest detectives. In this first book in the series, the girls are pitted against a giant who has been rampaging through town. But who set the giant loose in the first place? Was it Mayor Charming, formerly Prince Charming, who has plans to get his kingdom back? The Three Not-So-Little Pigs? Or a giant-killer named Jack, currently working at a Big & Tall store?