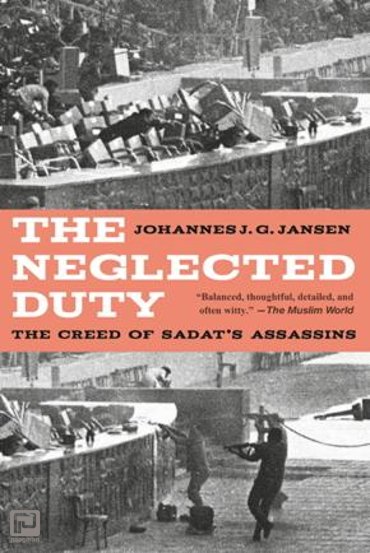 the Creed of Sadat¿s Assassins
THE NEGLECTED DUTY, first published in 1986, shows that in the 1970s and 1980s, Egypt was already pregnant with twins: the Arab Spring and the seizure of power by Sharia fundamentalists, organized in the Muslim Brotherhood. Since June 2012, the Brotherhood rules Egypt-its dream finally come true.

Is Sharia law to be applied in its entirety? Does Sharia law justify-perhaps even demand-the use of violence against any who do not submit to it, including governments, "lax" Muslims, Christians, Jews, and foreigners? These two questions have taken center stage in current political debates in Egypt.

Jansen elegantly and carefully describes the full spectrum of reactions to the ideology of jihad. He zooms in on a historical document, "The Neglected Duty" (Al-Farida al-Gha'ibah), written by Sadat's assassins, who persistently called for jihad in order to establish Sharia law everywhere. Their radical approach to their cause has cost many lives-including those of the assassins themselves.

Today, insight into the teachings and aspirations of Islamic activists is urgently needed, now more than ever.

With a facsimile of the pamphlet Al-Farida al-Gha'ibah (The Neglected Duty) by Muhammad 'Abd al-Salam Faraj. The original, unabridged, and uncensored Arabic text.