The pains of doing criminological research 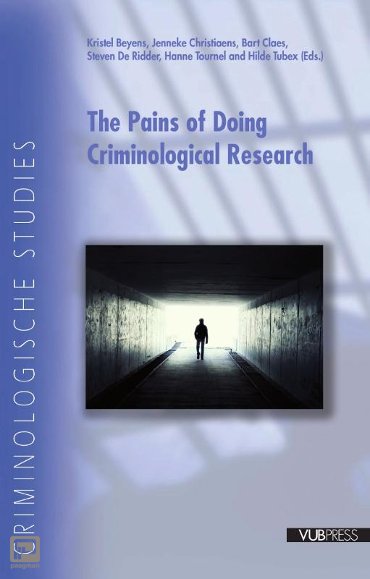 Handbooks of research mainly focus on research methods and techniques and leave the person of the researcher out of focus. This book explicitly starts from the experiences of criminology researchers and tells about the 'pains' they encounter when doing research. By giving voice to the researchers themselves, this book fills a gap that is rarely touched upon in the classical textbooks. These tales of the field bear witness to the often hidden difficulties and pitfalls of doing research and focus on often-neglected questions. What does it mean to do research in a hyper masculine environment such as a prison? What are the challenges to get access to a police organization or to private intelligence organizations and private security companies? How does a researcher cope with her/his own emotions during fieldwork? How does an ex-convict experience the process of becoming a researcher? What are the hidden or unexpected problems of publishing? What are the challenges of doing comparative research?
These are only a few questions that are dealt with in this book, which is written by researchers for researchers and students. Although it starts from a criminological perspective, researchers from other disciplines will also benefit from the sharing and comparing of similar experiences.
This book is written by scholars of the Criminology Department of the Vrije Universiteit Brussel. They are all members of the research group Crime and Society (CRiS).
"This book is a welcome addition to the existing methodological literature for criminologists, also for European audiences beyond Belgium. Most qualitative researchers will recognize the pains described in this volume." (Dr. Damián Zaitch, Associate Professor in Criminology - Willem Pompe Institute for Criminal Law and Criminology, Utrecht University)