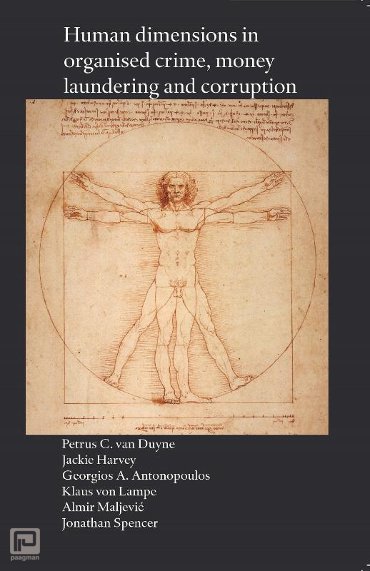 Organised crime, whether or not in its Transnational manifestation, is usually depicted in huge threatening dimensions. However, despite this sometimes superhuman representation one should not forget that we are dealing with a human phenomenon and, therefore, should not lose sight of the corresponding human dimensions. This also concerns related phenomena such as money laundering and corruption. This forces itself upon us when we look back at the threat images that have been put forward by the authorities as well as the media in the past decades. What threat has come true since, say, 1970 or 1980? We observe still the same (criminal) 'business as usual', together with the alleged accumulation of huge amounts of crime-money. However, these threat images are mainly presented from an 'underworld gaze' directed at the criminal exploits of hoodlums and thugs, 'under' the 'civilised' society and often viewed as coming from abroad. Meanwhile the criminal (underworld) markets have not faltered. Despite this continued 'threat', the industrialised world grew steadily richer and safer up until 2008. Then the effects of enduring massive criminal manipulations in the financial upperworld brought this growing affluence to an inglorious end.

Corruption is another threat to the fabric of society. Do the anti-corruption policies in countries at the rim of the EU achieve results? There are reasons to believe that most of the policy making effects consist of the façades in a 'Potemkin village': a paper world of ratified conventions, enacted laws and ineffective institutions. Most human and most deceptive.

In this eleventh volume of the Cross-border Crime Colloquium series, twenty six European experts present their latest or on-going studies and research findings. The seventeen chapters cover a range of subjects which are of lasting interest for researchers as well as policy-makers: organised crime, criminal finances, money laundering and corruption. They make us aware of the human dimension in misdeeds as well as the related policy making.