An Island of Stability 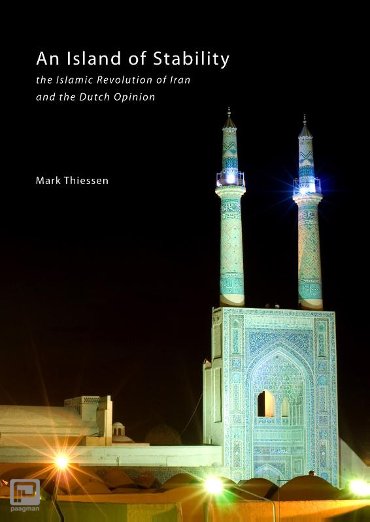 the Islamic Revolution of Iran and the Dutch Opinion
In 1979, the world was taken by surprise when the Iranian people revolted against their westernized ruling elite, and traded in the Shah for a radical Islamic republic ruled by the most senior Shiite cleric, ayatollah Khomeini. The Islamic revolution of Iran was a breaking point in history. It was the defining moment for Islam in the twentieth century and fuelled the Islamic confidence that has since then only grown. The roots of the revolution were deeply entrenched in the recent history of Iran, yet in the West, almost no one knew what was happening. The rise of ayatollah Khomeini and the Islamic republic seemed to have come out of nowhere.
In this book, historian Mark Thiessen (1982) tries to answer the most important questions of the Islamic revolution. What happened, and where did it come from? This book explores the background of the revolution, and gives a detailed account of its course. It analyzes the rise of Khomeini, and his ideology. By studying the archives of the Dutch embassy in Tehran, Thiessen finally tries to find out about the way the Dutch mission experienced and interpreted the revolution, at a time when the outcome was not yet clear.