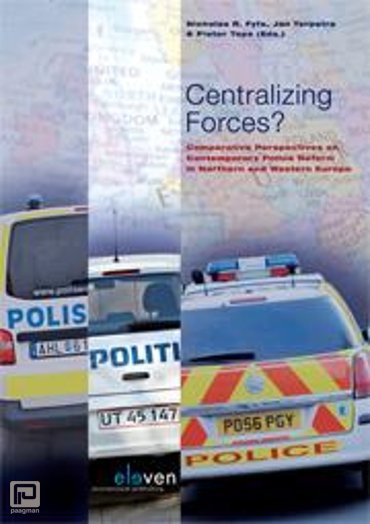 comparative perspectives on contemporary police reform in Northern and Western Europe
Police organizations in several Northern and Western European countries
have recently witnessed fundamental reforms to their structures as well as to
their relationships with governments.
Many (but not all) of these macro-level reforms can be understood as forms
of centralization. New or strengthened national police organizations have
been created, with new territorial arrangements for delivering police
services, involving the establishment of new structures of police governance
and accountability. Written by highly experienced researchers, the essays in
Centralizing Forces? reveal intriguing similarities and differences in police
reform in eight European countries: France, Denmark, Finland, Belgium,
England and Wales, Scotland, the Netherlands and Sweden.
The chapters examine the nature and dimensions of police reform and the
importance of the political, cultural, social and economic contexts in which
reform is happening. Despite some significant similarities in the reform
process, the book also illustrates that there are important differences in the
backgrounds, nature and consequences of police reform. Police reform is
therefore strongly context dependent, not only in its underling drivers and
motives, but also in its cultural meaning and the resulting problems and
challenges. The cumulative product of these insights is evidence of how
police reform is strongly linked to changing views about the role of the police
in contemporary society, the shifting balance of power relations between key
actors, and on political assumptions about the preferred relationships
between the public police and national governments.
This book therefore provides critical insights into police reform in different
national contexts and a snapshot of a dynamic European policing landscape
in which the contours of the relationships between police organizations,
governments and citizens are being redrawn.