The Hawks of Peace. 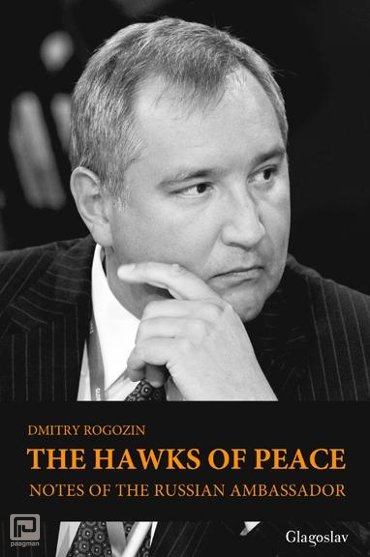 notes of the Russian Ambassador.
The Hawks of Peace. Notes of the Russian Ambassador is a unique analytical edition where Russian Deputy Premier Dmitry Rogozin shares his notes on personalities and events that shaped the history of post-Communist Russia, believing that without those it would be impossible to understand the past and envisage the future of his country. Permanent Representative of Russia to NATO until recently, in his political diary Dmitry Rogozin contemplates on the complex relationship between Russia and the West. In his behind-the-scenes account, Rogozin opens up about certain mysteries of political stand-offs, military conflicts of the last two decades, terrorist acts and hostage situations. The book contains unique documents directly related to Chechen Wars, inside information from Brussels on the events in Georgia and other records that have been hidden from the public eye. The Western reader now has a rare opportunity to look at Russian current affairs through the eyes of a Russian.