Across A Bridge Of Dreams 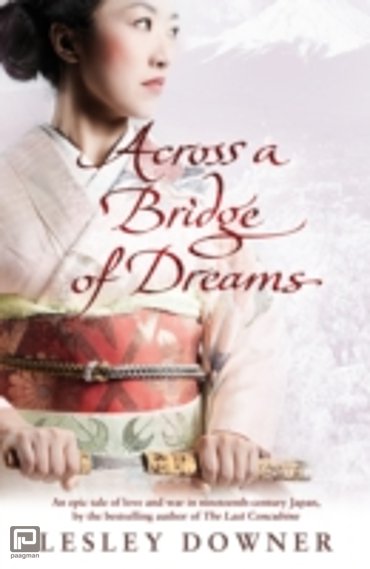 In the brave new Japan of the 1870s, Taka and Nobu meet as children and fall in love; but their relationship will test the limits of society. Unified after a bitter civil war, Japan is rapidly turning into a modern country with rickshaws, railways and schools for girls. Commoners can marry their children into any class, and the old hatred between north and south is over - or so it seems.

Taka is from the powerful southern Satsuma clan which now dominates the country, and her father, General Kitaoka, is a leader of the new government. Nobu, however, is from the northern Aizu clan, massacred by the Satsuma in the civil war. Defeated and reduced to poverty, his family has sworn revenge on the Satsuma.

Taka and Nobu's love is unacceptable to both their families and must be kept secret, but what they cannot foresee is how quickly the tables will turn. Many southern samurai become disillusioned with the new regime, which has deprived them of their swords, status and honour. Taka's father abruptly leaves Tokyo and returns to the southern island of Kyushu, where trouble is brewing.

When he and his clansmen rise in rebellion, the government sends its newly-created army to put them down. Nobu and his brothers have joined this army, and his brothers now see their chance of revenge on the Satsuma. But Nobu will have to fight and maybe kill Taka's father and brother, while Taka now has to make a terrible choice - between her family and the man she loves...